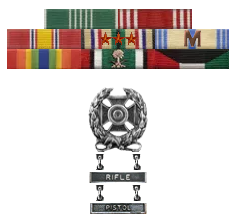 Notes: Witness to the death stated, “They were sitting in a jeep, him and another boy, and the other boy was cleaning his rifle and it discharged and hit Randy in the chest”

Click to open an external link to view Soldier’s grave site on the Find A Grave website.