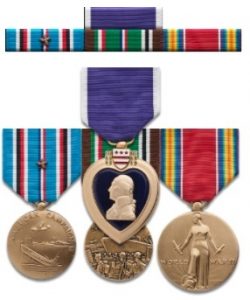 Occupation prior to enlistment: Sales clerks